At this year's 94th edition of the famous FIM ISDE international six days event was hosted in Portugal and United State's ISDE team came out on top and claimed the FIM ISDE World Trophy ! 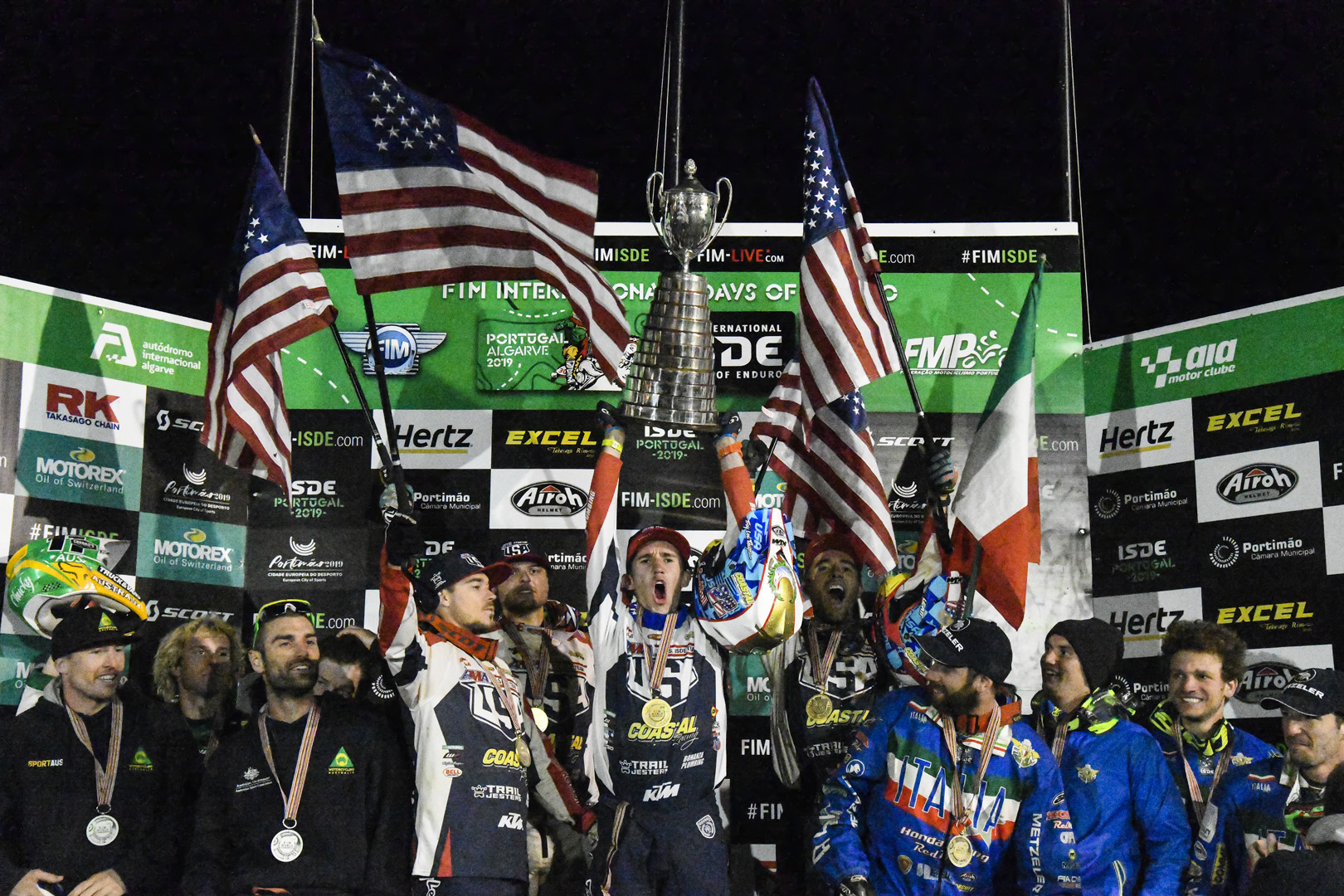 It was Taylor Robert, Ryan Sipes, Kailub Russel and Baylor Stewart who raced a clean six days in Portugal barely putting a foot wrong in the race. Team USA progressed and became stronger as the race progressed. Team RecoveR8 Australia the defending champions pulled off the line with some real race pace placing themselves in the lead for half of the race. Team USA was in second for the second half of the race but their hunger and determination drove them to catch and pass Team RecoveR8 mid way into the race.

This only meant war between Australia and USA for the remainder of the race with Team RecoveR8 taking the win on the 6th and final day of the race showing their strength and will to not give up. Unfortunately for Team RecoveR8 the bridge to gap between them and team USA was to big and had to settle for this years runner up for the FIM ISDE International Six Days Enduro.

Not only did USA show their power in the top category, USA took the win in the Ladies category. Rebecca Sheets, Brandy Richards and Tarah Geiger was the ladies to beat this year. Germany showed courage and fought their way into a secured second place over Great Britain in third. Spain secured fourth and a very pleased sixth place for Portugal on home soil ! 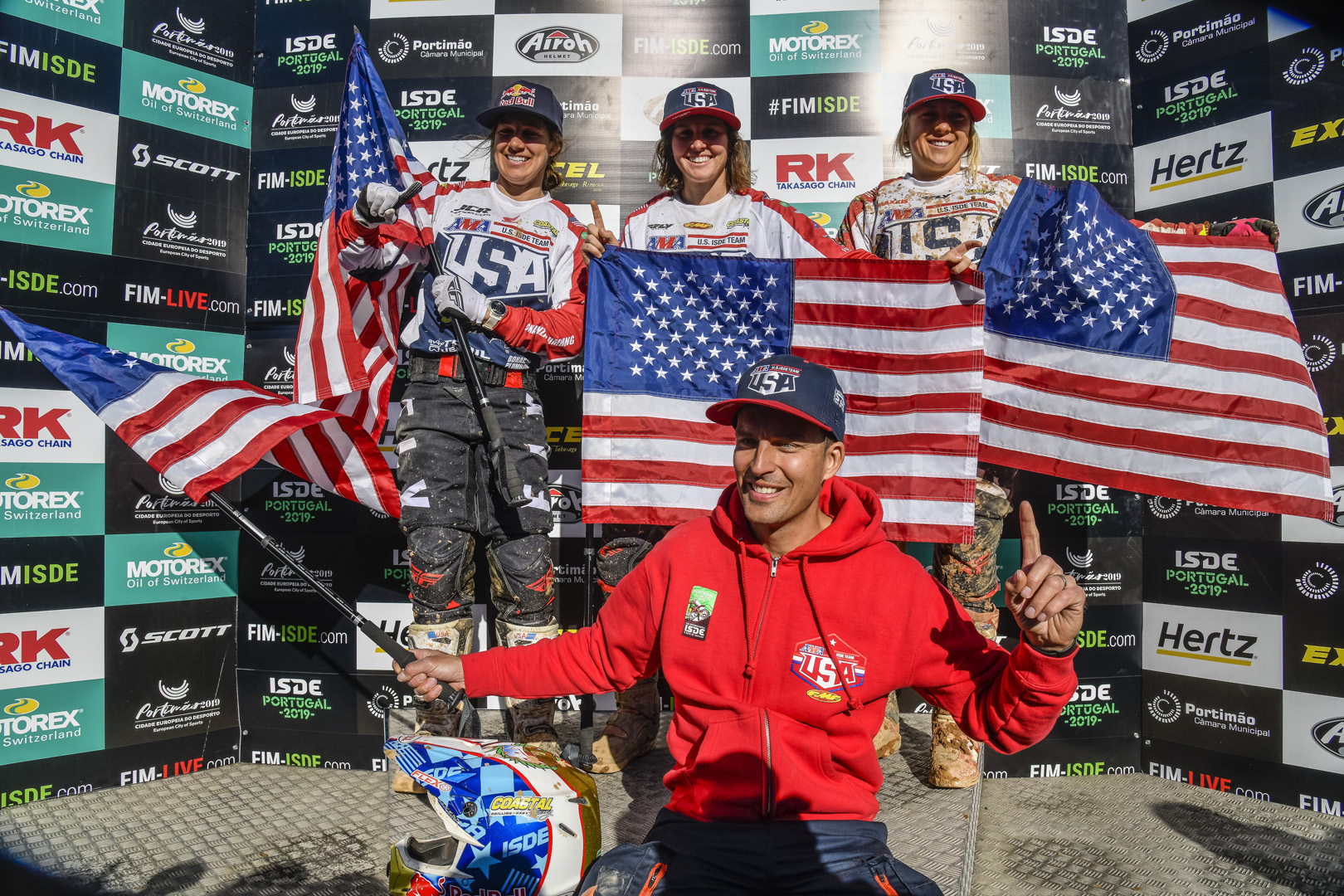 The final category and also the youngest category in the race is the juniors. Here is where the competition was going on and certainly were the spectators were ! The young guns from all over the world, champions in their home territory, came together to duke it out for the world title.

Mimicking the trophy category the junior Australians jumped off the line setting the pace for the remainder of the race taking the victory on day one. Great Britain's champion Brad Freeman broke his arm on the first day damaging his team's strength in battling it out for the top spot in the category.

The young guns of Australia felt comfortable on their bikes and eyes filled with determination the young team kept pushing hard throughout the race, never looking back at the teams hunting them down all six days, claiming the junior world FIM ISDE trophy. Team USA never gave up and fought up until the very last second to finish as the runner up team in the junior category.

It has been a tough and long FIM ISDE enduro in Portugal. Each day over 130km and some days ranging up to 250km each rider's mental and physical strength and their mechanical skills has been put to the test each day. For the top three of each category seconds was what they were racing for minimizing and extending gaps between the hunters and chasers. Team USA took 2 category victories home and a solid second place in the junior category. With the majority win came the overall win for the USA team.

For the ladies, the American girls ended the six year winning streak of the Australian girls and with the score breaking victory the battle for next year will be big as the American girls are setting out to make history after proving they do have what it takes to become international champions.

Want to see the rest of the days of the FIM ISDE six days enduro, well knock yourself out  :